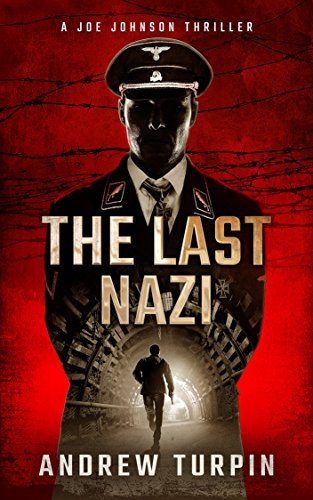 The buried contents of a Nazi train. An aging SS mass-murderer—with one last unexpected sting in his tail. And the war secrets of a US presidential hopeful’s Jewish family, hidden in London for 70 years.
War crimes investigator and ex-CIA officer Joe Johnson is more than intrigued when he learns of a link between the financing for the presidential candidate’s 2012 campaign, the Nazi train, and a ruthless British blackmail plot.
But the investigation becomes bigger and more deeply personal than Johnson expects when it turns out the SS Holocaust killer escaped his net years earlier.
Soon there are high-level intelligence agency and criminal networks combining across three continents against Johnson and his two female colleagues, one from MI6, the other a journalist.
He finds himself inextricably caught up in a terrifying quest to win justice, to avenge his mother’s tortured past and revive his flagging career.
With dramatic settings, explosive action and characters readers will come to love, The Last Nazi is a gripping full-length thriller—the first in the Joe Johnson series.
Meet Joe Johnson today and read how he puts himself in the firing line in his fight for justice.
Libros Relacionados